There’s over 100 edible species with flavours ranging from sweet coffee and hazelnuts all the way to savoury popcorn and sesame. They’re versatile and have a rich history in Aboriginal diets across the continent.

Apart from being Australia’s national flower, wattleseed is a protein-rich ingredient that needs little water, little-to-no chemical input, and has the opportunity to replace common wheat as a staple in our diet. High demand, low supply, and poor technology for harvesting, has seen the price of wattleseed spiking up to $200 per kilogram.

It’s not only Australia’s secret though. During the famines in Niger (Africa), edible species of wattle were planted across the region as a security against future poor harvests and to provide extra protein and nutrients to a population ravaged by malnutrition and starvation.

Through this experiment, not only were thousands of people provided with a back-up supply of food during times of crop failure, but research proved that wattleseed has an enormous potential as a climate-proof crop that withstands drought, thrives in high temperatures, provides a heavy yield (between 0.5 to 6kg on the second year) and offers a smorgasbord of nutrients and minerals (25% protein, iron, zinc, magnesium etc.). It’s perfect for Australia!

That’s not new to humanity however. Where European ‘explorers’ perished in the vast interior of a seemingly inhospitable landscape, Aboriginal people had not only survived, but thrived by harnessing the plants around them. Wattleseed was and continues to be a traditional food for some mobs in Central Australia. Seeds are collected by placing tarps underneath the shrub or tree, and either shaking or hitting the tree with sticks until the seeds and pods fall. 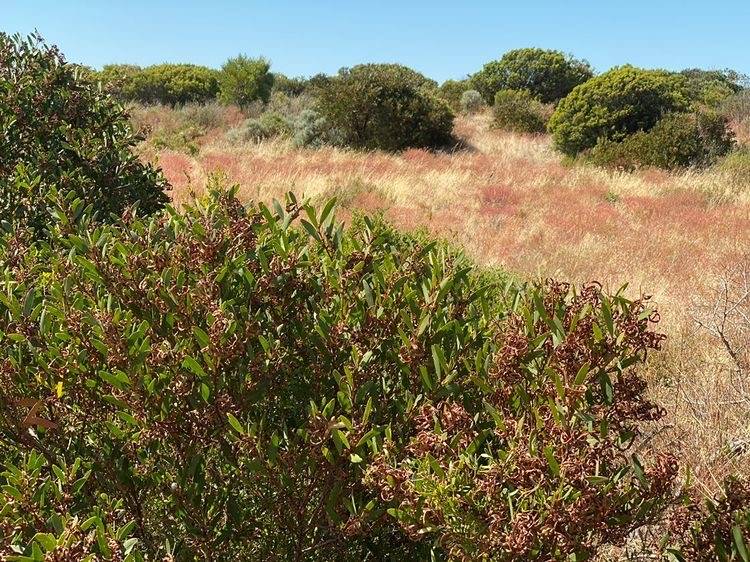 After gathering, the seeds are roasted and then ground into a fine powder with the same fineness of plain flour. When water is added, they create a bread known as damper. This knowledge has passed from generation to generation for thousands of years, making Aboriginal people the first known bakers with grinding stones found in Australia that date back over 30,000 years (yep, move over Egyptians).

This ancient and hardy food source gives exceptional culinary experience too. High-end restaurants have used wattleseed since the 80’s, with smaller cafes and venues only recently taking to the spice. Famous cocktails like the Espresso Martini have been given a native twist with the addition of the coffee-flavoured wattleseed, even going as far to create a decaffeinated version of ‘coffee’, aka. The ‘Woffee’.

The enormous variety in flavour, texture and aroma gives chefs and food inventors the ability to create new complex dishes. The ripeness when picked, the length and the temperature of the roast and the age of the seeds all give the opportunity to adapt and mend the flavour in a way that represents all parties involved in the supply chain.

The first person I spoke to about wattleseed was a passionate man living 3 hours north of Adelaide. He often harvests wattleseed out in the bush which is what we use in our chocolates. He and his team have directly led to the plantation of hundreds of trees and shrubs to improve the yield and the environment across South Australia. They travel interstate through to the Northern Territory and far-West New South Wales to harvest by hand over 1-2 tonnes of wattleseed.

Each seed is between .2mm and 1cm in size, so collecting that much is quite a feat. What makes it even more impressive is the fact that to do so, he’s out in the country in the beaming heat of summer. During that time, temperatures commonly reach over 40 degrees, yet he and his team continue to harvest, and cultivate the ecosystem to benefit not only the yield but also the animal life all around. It’s a sustainable practice that has mimicked traditional harvesting techniques using contemporary equipment.

But not all are wild harvested. There has been a growing trend for First Nation Communities to harvest their unique land and cultural assets to provide a stream of revenue. Plantations have been set up and trials are underway to assess the most viable way of harvesting, with machinery and gene-pools being developed to provide a commercially viable food.
Unlike wheat, wattleseed is a legume (same as beans and lentils) and has the ability to take nitrogen from the air and deposit it into the soil. Nitrogen is an essential nutrient for plants to survive, which allows them to grow lush leaves and foliage. In traditional monoculture farms, plants are sprayed with chemical nitrogen that drains off into streams. This nitrogen build up causes disastrous effects in the natural environment and to those who drink the water.

Some native Sandalwood Nut farmers in Western Australia have found a way to grow their nuts by planting them with wattle trees. The Sandalwood trees take the nitrogen that the wattles put into the soil giving them a dense crop of protein rich nuts. This is beneficial not only to the environment and the Sandalwood trees, but also to the small farmers who are able to produce 2 plant crops in one field. The heavy bounty of flowers also attracts pollinators, birds, and insects. Wattles also act as a support for other natives like the Appleberry who weaves its way through the branches. 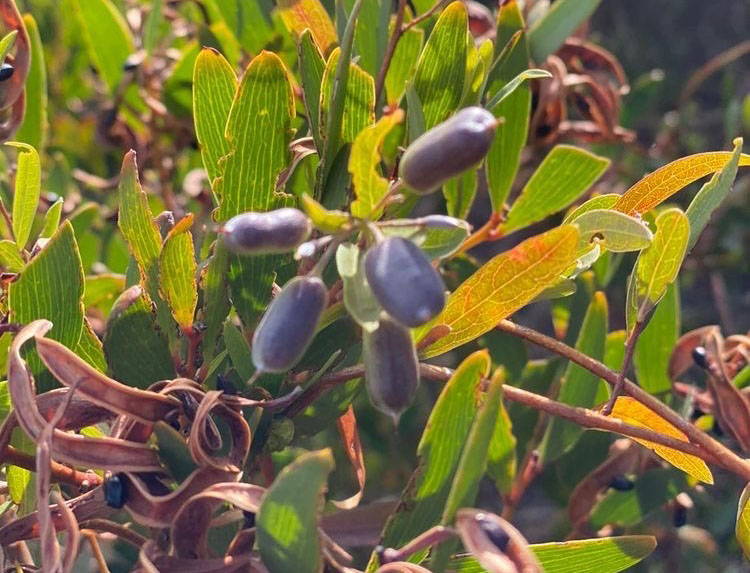 That’s unlike wheat, oats, and other cereals we grow here in Australia. I believe that we’re forcing the Australian landscape to suit the needs of European, Asian and American crops, which is causing irreparable damage to ecosystems and people. We don’t need to stop eating bread, and croissants and the gluten-filled joys we love, but by harnessing the plants that have literally evolved to grow in these regions, we could be moving one step closer to agriculture that regenerates native ecosystems.
By sprinkling some wattleseed over some oats, or using it to bake in your cookies, you’re supporting an industry that’s leading the charge for sustainable agriculture and offering Australians in some of the most remote and rural regions to have economic growth through nature rather than mining.
I believe this will be the future and my mission with Melbourne Bushfood is and will always be to bring these incredible ingredients to you whilst supporting the harvesters, growers, and communities who supply us.